Can you vape in Indonesia?

Indonesia’s existing regulation on vaping is far from adequate. Since 2017, Indonesia’s Trade Ministry has required e-cigarette products to be authorised by the country’s National Drug and Food Agency (BPOM) and Health Ministry before being marketed. Limit access to e-cigarettes for youth and non-smokers. What you need to know: Vaping is permitted in Indonesia, however, as of the 1st July 2018, the government will be imposing a 57% excise tax on all e-liquids containing traces of tobacco. There are approximately 4000 vape shops and 300 e-liquid manufacturers in the country so getting supplies, even if they do cost a little more from July 2018, shouldn’t pose too many problems.

Yocan Stix kit comes with the base of the device which holds the 320mAh internal battery.

The Yocan Stix is a good newbie vaporizer. If you don’t mind the small tank capacity and the small battery, and you want to use more concentrated e-liquids, concentrates, and oils, then the Yocan Stix, with its advanced ceramic coil will surely satisfy your vaping needs.

How to turn on your Stix vape pen?

For most vapers, Turn On and Off Button Activated Vape Pen Battery is very simple. But for those newbies, maybe have some confusions. So, this part let talk about how to turn on your stix vape pen.

How long does a Yocan Stix take to charge?

How to maintain your Stix vape pen?

Q:Why does my Stix pen keep blinking?
A: Loose Battery.
This is often caused by a loose battery. If the battery is not screwed in properly, it won’t be able to fully charge and the indicator light will continue to blink. To fix this issue, unscrew the battery and re-screw it back in to make sure everything is firmly connected.

The Thanksgiving Day is coming. What’s your holiday plan? Here is big discount from Yocan. Yocan Magneto Black Friday Flash Sale, use the discount code ‘Yocan’ to get this item only $51. Go to this link to buy this item: https://www.yocanonline.com/product/yocan-magneto/ By the way, this code will end on Dec 2nd. So, please place your magneto order before that.

We have discussed suorin drop blinking blue, this post we are going to talk about another pod system from Suorin, it’s Suorin Air.

The Suorin Air blinking blue is a common issue that is most likely caused by either a faulty pod or vape juice interrupting the connection between pod and battery. Try cleaning the bottom of the pod with a paper towel or cotton swab as well as the connection point on the battery.

Why is my suorin Air blinking blue

The Yocan Magneto is a vape pen that has some cool built-in features but awesome performance. Find out why in the full review. The Yocan Magneto wax vape is perfect for wax connoisseurs. Its dual layer ceramic coil is designed to get the best vapor out of wax and similar concentrates. While both quartz and ceramic coils provide excellent flavor, some connoisseurs argue ceramic coils provide slightly better flavor and smoother vapor. The Magneto features an internal storage container. Its top cap snaps off with a magnetic connection and the coil caps feature a built-in dab tool. The Magneto utilizes ceramic miracle-style coils but is also compatible with the hard-hitting and long-lasting Quartz Elite coils.

How does the Yocan magneto work?

The Yocan Magneto is a wax and concentrates vaporizer with single-button functioning. It uses an internal 1100mAh battery as its power source and has a USB charging port on its front. The Magneto uses a multi-phase ceramic coil that first melts concentrates material, then vaporizes it.

1 to 4 weeks.
The lifespan of a coil is depends on your vaping habits.Generally you need to change coils every 1 to 4 weeks of usage. If you vape very frequently, you may find that your coil only lasts for between five and seven days. If you vape moderately, it may last you a couple weeks.

How do you clean a Yocan Magneto?

Well, aside from cleaning my Yocan coils I also clean the mouthpieces around the same time. Dab the cotton swabs onto the alcohol and wipe the inside of the mouthpiece, the paper clips are for unclogging the air holes where resin and wax could have accumulated over time. If you used the Yocan Evolve Plus, you must fund it was a game-changing products.

Are you looking for the best SMOK store near you? This post will give the answer to you. Seek no more, just read this article find the super vape shops and smoke shops in your city. SMOK vape is the most popular vaping brand in the world. SMOK drive vaping forward with innovative kits, mods, tanks & coils.

Where is Smok located?
Brief history of SMOK. SMOK was established in 2010 and is located in Shenzhen’s Nanshan district, the global manufacturing center of vaping. So, how to find the best the best SMOK vape shops near you? Here are three useful link from Smok official site.

#1 SMOK® Official Store
The world’s most popular vapor brand. From gettings start kits to ultimate and flavor taste tanks to cloud beast ones, customize your vaping life with SMOK Store.

Looking for the replace Yocan Magneto Herbal Concentrate Vaporizer Coils? This post will introduce all things about Yocan Magneto coil.

Where to buy Yocan magneto coil? 100% go to the official site, here is the link: https://www.yocanonline.com/product/yocan-magneto-coil/
If you have more further questions, please comment below.

The UAE made the sale of vapes legal

Someone may get confused regarding the vape laws in Dubai for vaping . Sometimes it makes confused many of the store owners dealing with vapes in Dubai,UAE.

What you need to know: The United Arab Emirates will allow the sale of e-cigarettes and vaping devices from April 2019. Previously the sale of vape related products had been banned. In terms of vaping in public areas, there does not seem to be an issue providing you stick to designated smoking areas. As far as entering the country with ecigs and liquid, the best thing to do is follow the airline’s rules regarding bringing in a battery device in your luggage.

The UAE made the sale of vapes legal, but that doesn’t mean they can be smoked indiscriminately.

Smoking an e-cigarette comes with the same restrictions as puffing on a traditional cigarette.

Anyone found vaping or using an e-cigarette in unauthorized areas in Dubai will be hit with a fine of up to Dh2,000 (£420).

Locations, where vaping is banned, include places of worship, schools, universities, and shopping malls and health and pharmaceutical facilities.

2) Use a pair of tweezers or pliers to turn the firing stuck button counterclockwise a few times. Move it around in a circle motion this will break off the dirt inside.

Do You Know Malaysia Vaporizer Law?

What you need to know: Malaysia has tightened up its laws on both smoking and vaping during 2018 and 2019. Nicotine is now classed as a Class C poison. The sale, distribution or importation of any unlicensed products that contain nicotine is prohibited. E-Cigarettes that contain Nicotine can only be sold by licensed pharmacies and medical practitioners. Vaping/Smoking is also now banned in 23 places, for a full list, please take a look at below list.

The “area” of a place mentioned above also includes the surrounding area of the place within its borders, and also includes a distance of 3 meters from any permanent roof connected to the main building. Offenders can be fined up to RM10,000 or be imprisoned for up to 2 years.

The buildings that fall under the Second Schedule (for item 12 mentioned above) are: 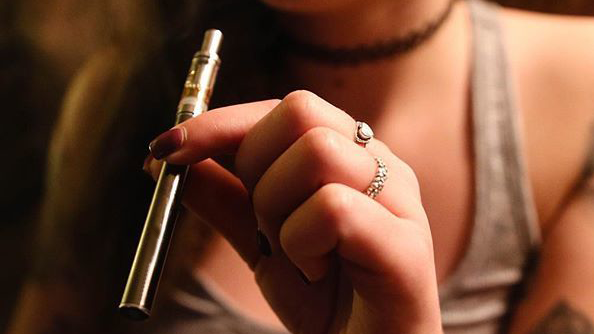