The Yocan Evolve Plus XL comes with 1400mAh built-in battery, and charge via a micro USB port. The QUAD coil deliver fast and pure flavor for the home vape or on-the-go vaping users.

Actually the dirrerence between the Yocan Evolve Plus XL 2020 version and the original version is the color. That’s means you can install the original QUAD coil on the new version vape pen device.

Check the Yocan Evolve Plus XL 2020 version on below video from Eduvapeusa.

If you have any questions about this item or want to know more Yocan vape devices, please comment below. 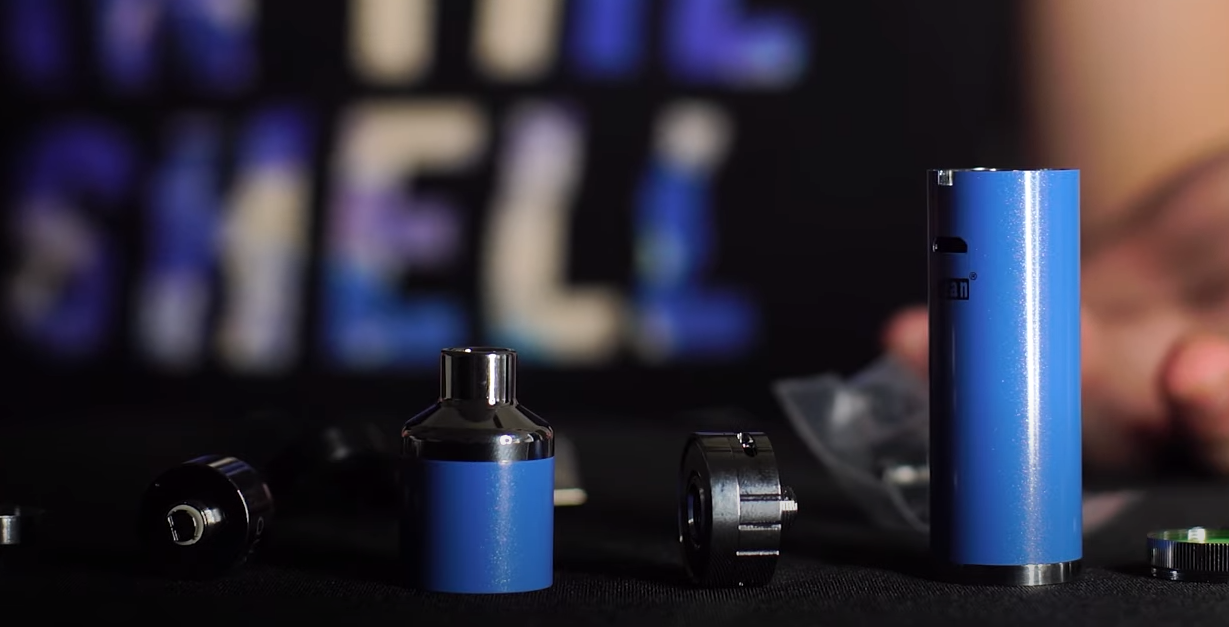 Yocan Evolve Plus XL is a super compact and powerful vape pen. The size is 2×5.5×2.5 in. This device is one of the best selling item from Yocan Tech, as a leading vaping brand since 2013. Most of Yocan vaporizers are top-notch vaporizer at affordable prices. The XL version is upgrade based on Evolve Plus vaporizer.

Powering the Yocan Evolve Plus XL vape pen is a 1400mAh rechargeable battery and can be charged via USB. It’s a pocket-friendly and amazingly strong vaporizer pen.

We have introducing it’s size, very small and pocket-able. When you hit it first time, you must will be agree that it delivers power hit with tasteful flavors without compromising its sturdiness.

Similar with other Yocan vaporizers, the XL is not an exception, also very user-friendly. It’s designed to offer a more friendly interface.

The Yocan Evolve Plus XL features a single button operating the power. Just need to 5 clicks in a row to turn it on/off. And it also comes with magnetic mouthpiece. You can easy to detaching the mouthpiece to fill in concentrate material.

This device is use new stainless steel design, providing very lightweight and still feels solid. The new stylish colors looks very cool, very smooth finish like a brand new Apple phone in your palm. Overall it is build strong enough to take it with you anywhere and anytime. You don’t worry about the lower quality device.

Many vapers worry about the material of vape pen use. You have to be really careful with cheaper vaporizer that often unhealthy or even toxic material. It is completely made out of medical grade electroplated stainless steel which makes it stealthier than some other vaporizers on the market.

Sturdy build made this device outstanding on the market. Weight of Yocan Evolve Plus XL is 0.53lbs. So, it doesn’t feel heavy when held or kept in the pocket.

How to clean the Yocan Evolve Plus XL?

How to Use the Yocan Evolve Plus XL?

Why should you consider upgrade to the Yocan Evolve Plus XL?

The first reason is you will get a compact vape pen fits all you on the go needs. The battery is super powerful, providing you all day vaping. This device is very similar to the Yocan Evolve Plus version, but it upgraded the QUAD coil.

Some of the best things about the Plus include portability, discreetness, durability, and delicious tastes.

The overal performance is above average. And consider it’s price, you can’t find second one item meet all you travel vaping at this price.

Looking for a compact, solid vaporizer pen? The Yocan Evolve Plus XL 2020 version is perfect for on the go. This post will show why this device is your best choice.

It comes delivered with quad quartz rod coils atomizer that allows you to vaporize on-the-go. Place the magnetic mouthpiece on top of the unit and then turn on the device by pressing the power button five times in a row. Yocan Evolve Plus XL 2020 version – Black is powered by a powerful rechargeable battery (1400mAh)that provides a great amount of sessions before you have to recharge. So if you leave the house with a fully charged battery it will definitely get you through the day, which makes it great for on the go.

Does Yocan evolve plus xl for dry herb?

This post we will focus on Yocan evolve plus xl for dry herb topic. If you have any thought, please leave a comment below.

Can you smoke dry herb from a yocan evolve plusXL ? The short answer is No, you can not. They are for specifically made for wax or concentrate.

Vaping 101: Yocan evolve plus xl not turning on

Yocan evolve plus xl not turning on, how to fix it? First of all, let us talk about how to turn it on.

As the article (How to fix Yocan evolve plus xl not hitting) discussed, when your device low battery, you can’t turn it on. So, please charge the evolve plus xl device at first.

The second condition is that after charged, it still can’t turn on.

Just flashing light when you charging it. If you unplug the USB cable, no indicator. In this case, you have to contact teh shop you bought from claim the warranty. Beacuase your battery was die.

The Yocan Evolve Plus XL light flashing three times, means this device is short-circuit error.
Please re-install the atomizer or install a brand new one. If you can’t fix Yocan evolve plus xl 3 blinks issue, please contact the vape shop for help.

The Yocan Evolve Plus XL light flashing 10 times, means it is low battery.
You have to charge it around 3 hours, the indicator shuts off once fully charged.

2) Use a pair of tweezers or pliers to turn the firing stuck button counterclockwise a few times. Move it around in a circle motion this will break off the dirt inside.